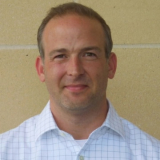 When I discovered 7taps, I simply sent out my first courses to influential people around the company via email containing a QR code and saying “scan it”. They called back within 5 minutes being impressed with this training format. 7taps was an easy sell as we could start small by creating a pilot program and testing it in one location before rolling it out company-wide.

‍We had a driver go out to a job site and run into something because he failed to perform a 360 walk-around which was a company requirement. I built a jobsite hazard assessment micro-course and had it distributed to employees. I didn’t ask to pull them out of their job for four hours and have them sit in the class. I gave them a 7taps, which worked brilliantly because we could quickly and efficiently address the specific issue and prevent accident recurrence. The manager and the operational team loved it!

Creating  microlearning assets to fix an issue with compliance training

‍We had an external survey of employees asking them about previous training. An employee stated that he was never trained on a subject although we had the reports showing he was trained on this. We knew that compliance training is forgettable and we could see that running it once in 12 months didn’t work, so we got approval to produce and distribute two microlearning courses a month over the full year to provide consistency in taking classes over a period of time and reinforce the knowledge. 7taps helped us to reduce the risk of employee injury because now they could remember their training and act accordingly.

7taps micro courses can be easily accessed via QR codes, so I put those QR codes next to the text of the original instructions. That gave employees an opportunity to take a 90-second class and get all the highlights needed to perform the task right away.

How others benefit from 7taps

★★★★★
When clients ask us for quick training solutions we see a lot of potential in mobile format. Security teams can refresh knowledge on the spot or get the briefing right before going on duty. Short, understandable, and memorable tips in a digestible format instead of pages of text.

Chris Morris
Director
CPD Security Training
★★★★★
You can create content on the fly as a follow up to training and or meetings so the content is relevant. I have been able to remind the staff with quick bites of content how to follow a new process and remind them of performance-related goals for the month. Month over month, we see improvement of KPI's.

🗓 Book a spot to chat about all things microlearning and get a personal 7taps tour!

Build a 7taps for a chance to win Oculus Quest 2